How to Detect Keylogger on Android- Best Methods

We can all say that smartphones are one of the outstanding pieces of innovation. With the use of smartphones, doing a variety of tasks, chatting, listening to music, playing, taking pictures have become easy. Children spend too much time online and they cannot survive without smartphones, so it is normal for parents to look for ways to monitor them. Predators, cyberbullies, and other possible threats reside on the internet. Using parental control software, parents hope to protect their children.

Mobile monitoring apps such as WebWatcher have several features that can help you gain a better understanding of your child’s digital life. This one function is known as a keylogger. 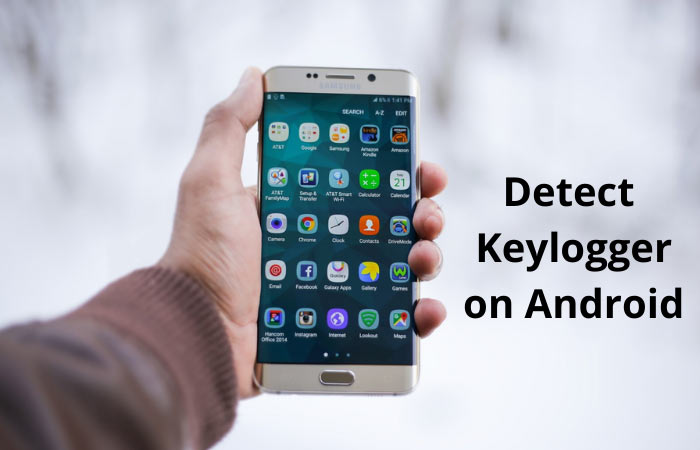 What is a keylogger? A keylogger, also known as a keystroke recorder, is software that allows you to collect data by keylogging. Keyloggers are typically distributed by invaders through keyboard apps. As a result, users are advised to avoid using third-party keyboard software. This is why users need to learn how to detect a keylogger on Android.

What is Android Keylogging?

A keylogger for Android is a software application that can be mounted secretly on a smartphone. It enables any user to remotely track and access nearly all of the data on an Android device. If you are noticing signs such as fast battery drainage, strange text messages, or slow performance then it is likely there is a keylogger in your android device.

For this reason, there are anti-keyloggers for android devices. Anti-keylogger is an extra layer of security that is designed to track and block keyloggers that might be roaming around in your system.

If you find that your battery drains faster than usual, Spyware may be installed on your computer. In particular, when a large number of applications are running in the background, smartphones’ battery life drops. Android keyloggers are designed to be undetectable and do not operate in the same way as standard phone apps or software. As a result, the user remains unaware that keyloggers are watching them.

Smartphones have been designed for fast and smooth operation, particularly new editions. You might have been surveilled if you’ve identified any unusual technical problems. Keyloggers make your phone extremely slow, and that is a sign that your smartphone contains malware.

The Phone Temperature is Above the Normal Level

When a smartphone works overtime, it will overheat like a machine as it opens applications and software programs. The user probably has a keylogger on their device if they have closed every app and program and it is still heated for a while.

Search engines frequently use codes and connections to install keylogger programs inside a users’ device. If a user receives an unusual text that makes no sense or is made up of meaningless symbols, a hidden keylogger might have installed

keylogging software on their phone. Do not open suspicious links or phishing emails sent by an unknown user.

Mobile Device turns On and Off

Is your handset turning on and off automatically? Any program or code, such as keystroke logging, has infiltrated the phone’s operating system. As a result, Users’ phones can perform unusual actions such as turning on and off. Install antivirus programs and download software updates if you want to keep your laptop safe.

Examine the File Manager and Downloads

Examine each folder in the file manager for any hidden files that could be malware/spyware. This can take time, though, because you know your system would be ultimately better to use. Check your Android’s installed apps section, if the user notices any unusual activity on their device, discard them asap.

The outcomes of keylogging can be minimized by using antivirus software and programs. The following discussion informs users about a keyboard recorder or a keystroke logger that can record instant messages, email, any information typed by the user. This is why users often find strange behaviors being detected on their devices.

Mobile phones, too, need antivirus protection because they are vulnerable to malware attacks. Several unwanted users use smartphones because they use online transactions. Laptops/Desktops that are affected by keylogger malware are a threat to the user. For this reason, the information and arguments give you the details on how to detect keyloggers on an Android device.

There are many victims to keyloggers, this is why users are told to use a reputable antivirus to safeguard their mobile device.

How to Block Phone Number on Landline- Easy Ways

How To Transfer Money From Gobank to Bank Account

How to Transfer Cash From T-Mobile Virtual Card to Bank Account?